There's this thing in gaming called chiptune and I do not like it.

Chiptune is essentially music made on lo-fidelity 8 bit synthesizers. It is a nostalgic genre that basks in the glow of old 8-bit and 16-bit video games. Well allow me to lean on my old man cane for a second and say I remember quite well when those old games were new games and I also remember how much we yearned at the time to have those games at home, paid for once and free forever after. This world came to be  with the console gaming revolution and now the arcade everyone's so nostalgic for has gone the way of the Dodo.  The problem with the arcade was the fact that it was a fantastically expensive way to play video games. I do not lament it's loss.

Then there was the consequent graphics wars of the 90s which have now brought us to a level of graphic and audio fidelity I could not have imagined back in '83.

I for one do not want to go back! I see no need to go back. The audience disagrees with me here though and retro-gaming is a pretty big deal whether I like it or not.

(Old man cane again) Mini-Jam-8 taught this old-fogey a thing or two about video games, it sure did. Here's the tale: I entered the competition on one team (My A-team if you will) and then I ended up helping out a one man team at the zero-hour who who ran the risk of no music at all. Both teams were producing 8/16 bit retro games. The A-team let me have my way and we went with a rocking them that evolved over time from Renfest music to rock and roll as the player met more and more monsters. Here's the stem song from that session:

You can play Tiles of Doom on Itch.io here: 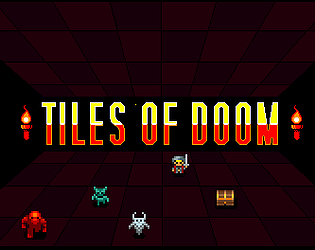 The second team stuck to their guns and insisted on chiptune. In such a short time span you don't have time for anything fancy, so for that game I Just tweaked a patch in Reason dedicated to a Farfisa Organ, which while in no way an 8-bit synthesizer, has a timbre that just screams retro-video game. Here's the tune from that game:

You can play An Archer's Trial on Itch.io:

The net result? The B-team game, with only one developer and some slight help from a composer / producer, came in third overall. There's a separate ranking just for music and me and my tweaked out Farfisa came in third overall as well! On the A-team, we came in sixth overall and the music... well the music was the lowest rated aspect of the game. I insist to this day that if Tiles of Doom had a Chiptune score, or even just the Farfisa, it stood a good chance of winning. The fact is that these retro-games are so nostalgic and so set in their form that they should almost be considered an artisanal craft* at this point. In light of that, one must admit that these games absolutely must have a "chiptune" (real 8-bit or otherwise) score - anything else just breaks the (rather narrow) aesthetic.

CROMartin and Bhatoth produced a complete game, not just the first level, but an entire procedurally generated game that changes every time you play it - that's a helluva an accomplishment. I'm happy to say that three of us are continuing it's development and it now has a new score written in my own utterly unique and ground shaking ;) interpretation of chiptune.

I'm saving it's actual debut for my next post, which will be for Mini-Jam-9: Back To School... coming soon!

* artisanal in the sense of preserving the "old way" of doings things for its historical value if nothing else.

Back to Game Works